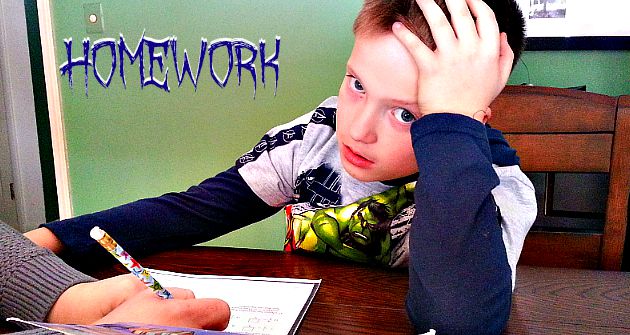 At my grandson’s last conference appointment with his teacher to check his progress, she told my daughter and son-in-law that he was making progress in his reading class and was almost at grade level, his math was improving, and then dropped the Bomb. Her opinion was that she suspected ADHD and recommended that he be tested.

My daughter was in tears when she came home from the conference. And I felt the same way. It is a stressful thing to hear from the teacher, but none of us want to believe that it is true. Now, don’t get me wrong, I don’t feel that is it something “horrible” to have. I understand that it is a disorder or condition affecting a lot of children and adults.  More posts on parenting and family life here.

ADHD includes a whole list of problems, such as difficulty sustaining attention, hyperactivity and impulsive behavior, and may also include low self-esteem. And, I guess the worse of all, poor performance in school.

Yes, it can be treated with medications and/or therapy and many other options. But our concern is the medications!

We have a problem with unnecessarily medicating a child! Let’s talk about this for a minute!

First of all, I don’t mean to attack any teacher for his or her experience in observing a child and recognizing that he may have certain distinctive characteristics of someone with this disorder. But what is the progression from fidgety and energetic to ADHD?

Aren’t all kids so energetic that they wear you out long before they are ready to stop?  Aren’t they all noisy and loud? ( My grandson comes from a LOUD family anyway; have you heard my husband’s mouth? ….well, yeah, my daughter is not too soft-spoken either.)

He seems to have always been an average student. He has struggled but does his homework and reading normally, but the degree of fussing that I would think is normal for a child raised in the age of computer games, phone games, and all kinds of TV for them. He is active and took karate for over a year, then this year  switched to hip hop classes which he loves. He pays attention well in those classes. He played softball with the team and didn’t have a problem with coaching and instructions in any of this team play.

At this stage, he has just been to the pediatrician for a flu shot and his Dad spoke to the doctor about the teacher’s concerns. So an additional appointment was now scheduled to go in and discuss or evaluate him. He was told there would be questionnaires for the teacher and for them to fill out and compare.

So I guess I am looking for input or advice on coping. I would like to know your experiences. Did your child take medication? How did that affect him or her? Did you see an improvement in the school work?

Update: My grandson’s diagnosis on comparison of the questionnaires filled out by teachers/reading teachers/parents and doctor’s review was Attention Deficit Disorder.

Of course, he was given medication. He only has to take it once a day and only during school days.  And the teacher recognized within the first week or two that he was taking medication.

He was much more focused and was able to sit still and pay attention in class. We could even tell a difference at home because he seemed so much calmer. It is subtle and it might not seem any different to someone who wasn’t aware of his problems. But it has made his schooling so much better.

He sits still to listen, and I think the strangest thing that he does is reflected in his handwriting. It is so neat and orderly. And very readable.

Leave it to a Nana to see something weird like that. But I am so happy for him. Fourth grade will come soon enough and I wish him well.

But he still hates homework. Nothing will help that!