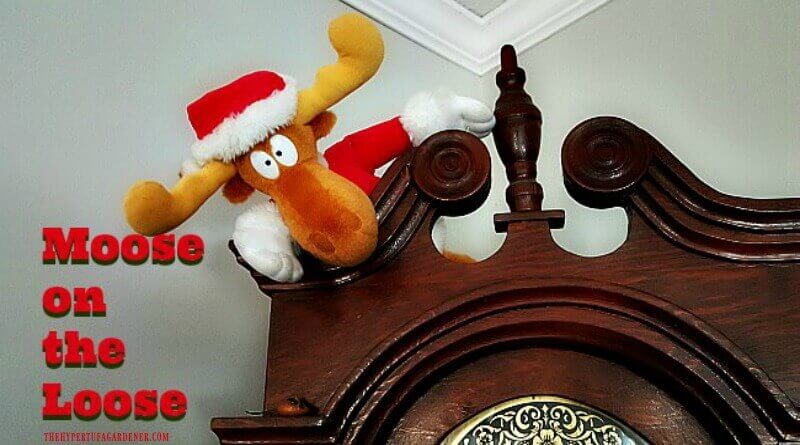 Don’t all the kids have the “Elf on the Shelf” these days?

The Elf has been out and about for ten Christmases or so, keeping an eye on the kids and reporting back to Santa on each of his or her own kid’s behavior.  It is a Christmas tradition that is cute and heartwarming…. exasperating and time-warn….. creepy and unnerving…..depending on how you feel about him/her/IT!  ( More kid’s activities posts here.)

My little grandson got one when he was just three years old. My daughter read him the book and they decided on a name. He chose “Dave.” Who knows why. He does have an Uncle named Dave, and there is the Chipmunk’s Dave, and who knows what storybook he had been reading with a character named Dave. But Dave it was.

And he absolutely loves that Dave The Elf. He would be reminded to behave since Dave had to report to Santa each day. It was so cute to watch him hunting where the Elf was each time we were at my daughter’s house. At that age, it is hilarious to watch them hunt for Dave ( but not touch!), especially when they are hunting and the Elf is right there next to them!

I thought about getting an Elf on the Shelf for my house, but I didn’t ever get one. It seemed to me that having an Elf here would take away from his Elf at home if I should have a duplicate at my house. Would it be Dave? Well, we never went there and just enjoyed Dave the Elf at his house.

Fast forward to the year he was six years old.  Early that summer, his great-grandma died suddenly of a heart attack. She was my Mother and lived here with us, so she was able to enjoy her great grandson a lot. We had a rough time of it for a while. But he was so young, he just knew Grandma went to heaven. He launched a balloon a few days after the funeral to send a message to her in heaven.

Now I don’t want to be all melancholy and depressed because I went through enough of that. But the reason I am bringing up the passing of my Mother is because, bless her heart, she was always planning ahead.

Enter the Moose on the Loose

During the late fall as the holidays came closer, my sister and daughter finally felt emotionally stable enough to clean out her closets and dressers and go through all her things, dividing keepsakes for her five children, making donations of her clothes to the church, and just packing items into a Memory Box for her. Imagine how we felt when we come upon a shopping bag with a small “Bullwinkle” dressed like Santa. The shopping bag still had her receipt in it with the word “Jacob” written on it. She had planned ahead from the previous Christmas and bought this little stuffed Bullwinkle for 70% off at the after-Christmas sales.

Need I mention that I come by my frugality via genetics? My mother raised five children as a stay-at-home Mom since, at that time, it was only the husband who went to work typically. And she could squeeze a nickel until the buffalo…..peed. And so could my Dad.

And so was born my Moose on the Loose. He is used for the same purpose as the Elf on the Shelf, but he was the last gift from  Great Grandma to her great grandson and it was perfect. It comforts me to hide it every time he’s coming  during each Christmas season. And it is a happy memory that still seems to include my Mother . I know she helps me think up new places to put this Moose hiding around in Nana’s house like Dave hides at my grandson’s house.

Don’t ask me how I came up with that name. Channeling old story books? Maybe Mother was helping me there too.

So use your imagination.

If you are a Nana or a Step-Nana or for whatever reason you should need a “different” stuffed animal or fluffy creature to be your “Elf on the Shelf”, use whatever you have or can find or, for you talented ones, what you can make.

How about a “Bee in the Tree.”  “Mouse in the House.” “Gator in the Tators.” Well, I am sure you can do better than that.

Use it in the same spirit and it can be wonderful to have your own personal “Elf.” Just at Nana’s house.  My grandson hits the front door saying ” I have to find the Moose.” He enjoys the hiding now more than ever since he is ten years old and “knows” the grown-ups-only secret about the Santa tradition and the Elf tradition.

And he loves the “hide-it-from-me” tradition.  Thank you, Mother.

Update: My grandson is eleven this year, and sure enough, he wants to “hide and seek” with his Moose this year. I thought I would never find where I had stored it since it wasn’t with my Christmas things, but then I remembered I had put it away in his Memories Box with his tiny baby shoes, first cards he sent to me with scribbled words and more.  We shall see if the Moose retires after this Christmas. He is growing up so fast.