There is a war going on in my garden right now.

At this point, it is specifically in one hypertufa container. ( One planter at this time, hopefully it won’t spread.)  I am fighting an ant infestation…..a population of ants. Big Black Ants. And from all the information I find, I guess they are carpenter ants. 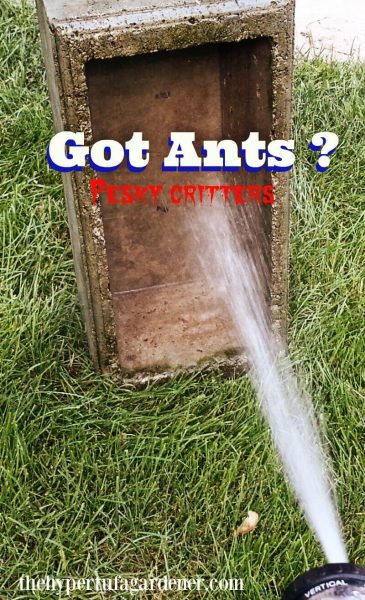 At least that is what they seem to be based on all the information I can find on the internet. They want to live in old tree trunks or get in the house and burrow into the wood. So what the heck are these guys setting up housekeeping in a hypertufa ( made from cement?) planter? I can’t figure this out but still don’t have a solution. 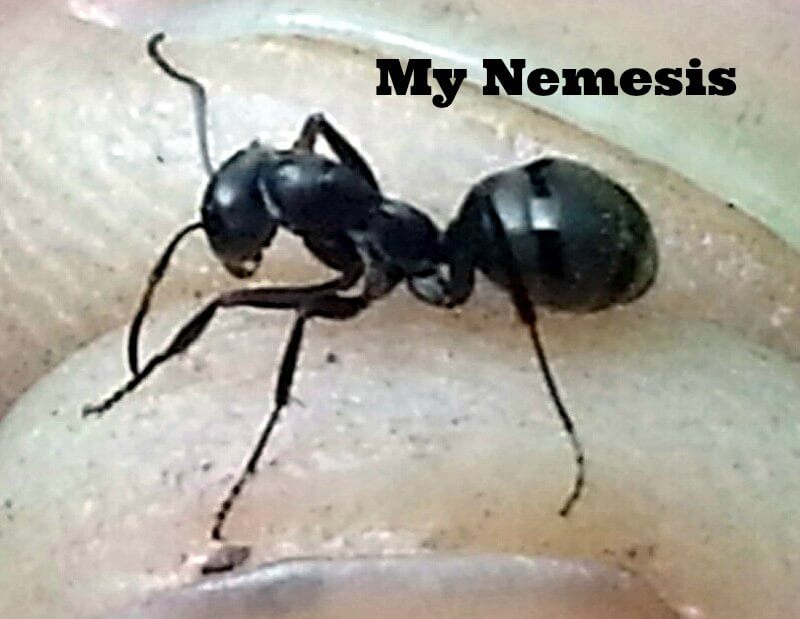 Anyway, I had moved this hypertufa trough from under some White Pine trees next to our driveway. I decided to clean it up. It badly needed fresh soil since the surface has sunk pretty low. Most of my planters do that after a few years. I also wanted to add some new hens and chicks and a small dianthus which was in the midst of blooming. It previously had Sedum “Vera Jamison” in it, but that plant had become less and less vigorous over the years. Maybe it wasn’t getting enough sun. So I thought I would change it up.

I noticed no ants or anything as I dug around and pulled all the roots etc and removed pine needles. I stirred around in the dirt  and it was still rich but sandy, so I loaded it in the wagon and hauled in around to the back yard and planted it up. 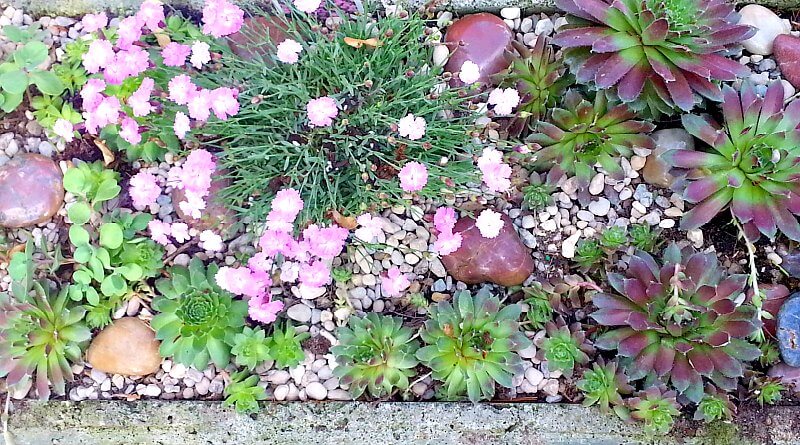 Why no ants showing then?

I put those plants in and everything looked really good. I even featured this hypertufa trough in my video intro on the prior Hints and Tips Blog. You know, now that I look at that intro, I swear I see those ants photo bombing here and there!

It was a week or so later on that I noticed ants, big black ants, crawling around the surface so I poked around a little bit and……you guessed it, a swarm of ants began running as if I had set the place on fire!

Were they there before and just didn’t show up as I replanted? Who knows. I checked around the Internet and asked for help on my Facebook Page and you all gave me good advice.

Is there a Good Solution?

On my Facebook Page, I was advised to use cinnamon, even corn meal or grits and I thought it worked, but it didn’t.  It would seem to help, but then would just be temporary.

I was advised to use different kinds of chemical insecticides which I try not to use except as a last resort. 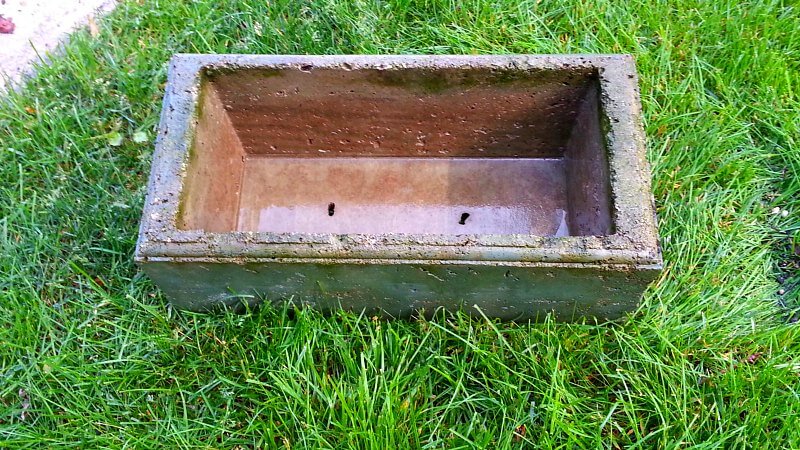 Finally, in frustration, I just GUTTED the whole thing!  I just dumped it all out and decided to start over.  I emptied it and dumped all the soil and ants in the woods way back from the house. End of the ant infestation….. 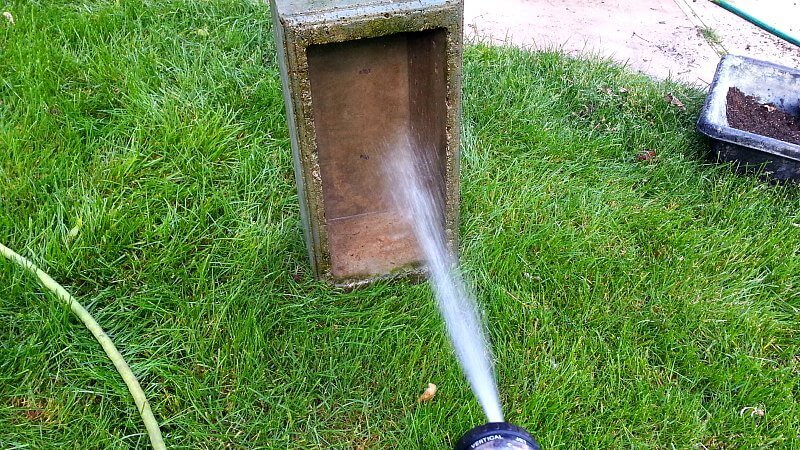 Of course, it was also the end of my container garden.

Starting Over after an Ant Infestation

I cleaned the trough and sprayed until it was squeaky clean.  Refilled with fresh soil straight from a new bag ( and believe me, I inspected that soil. I have been burnt before!)  Of course, I added my coarse sand and turkey grit. 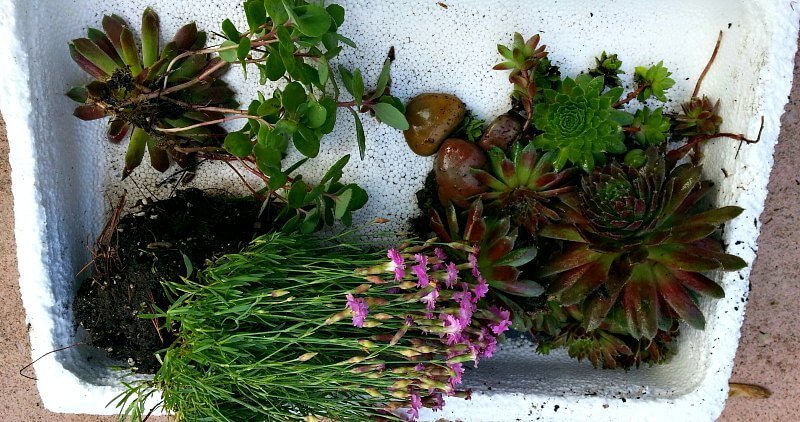 Now, just in case, I washed the plants and completely cleaned the roots, and washed off the root ball of the dianthus. I made sure no ants or eggs were still attached. 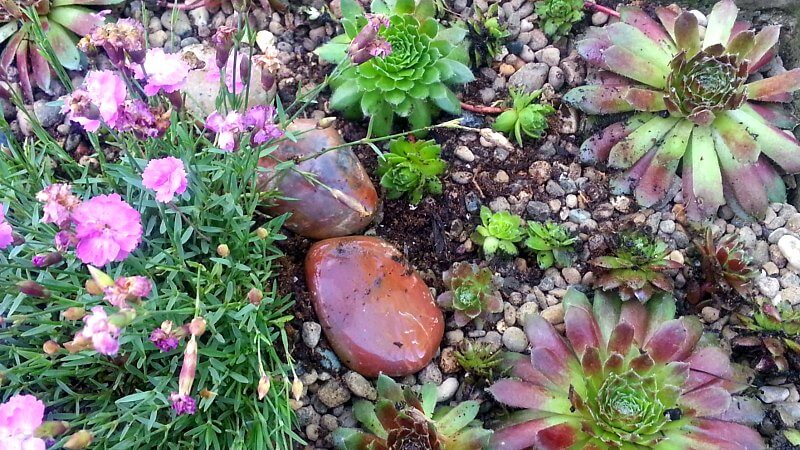 And now it is all planted up and all pretty again. Right? But I am watchful. They are out there! Lurking.  Will I win?  The story continues.

Have you had any success fighting an ant infestation? Do you think these are carpenter ants? And why are they in my “stone” planter?

I think I have seen several crawling in and around the damn planter.