Does a praying mantis eat the brains first? She certainly did!

And I have a video example of that, and to this carnivorous insect, the brains appeared to be the most appetizing part of an unlucky cricket. My husband and I were working out of the garage and noticed the praying mantis almost hidden in the foliage. It was so interesting to watch its little head follow the creature it was after. And follow us too. We watched this whole episode unfold in my backyard. See the Video below. 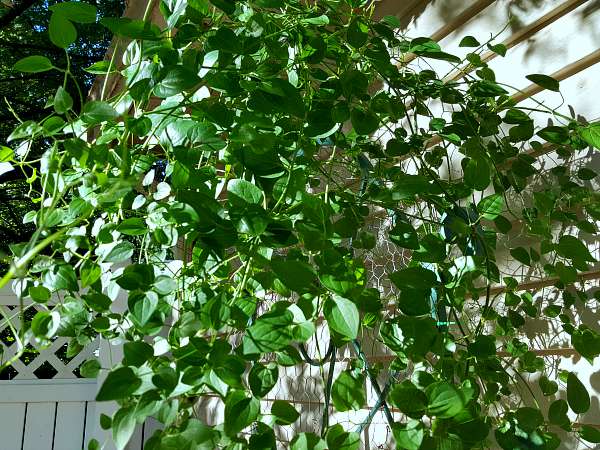 I have a clematis at the back door of the garage and it is not doing very well this year. It had become really overgrown and last fall, I “severely” pruned it to the ground. Maybe I hurt Jack’s feelings ( It was the purple jackmanii), and he pouted all spring and just refused to vine up  rolled chicken wire that I provide for him. 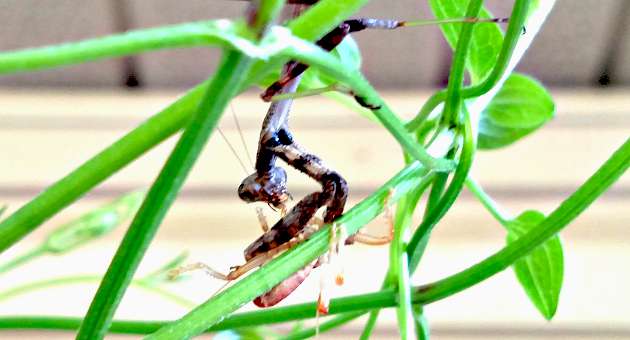 I had no blooms at all this year, and the vine is kinda…..meh. I don’t think it gets enough sun. One of my maple trees has grown so large. But it was just the right amount of foliage for a praying mantis to set up housekeeping there.

Ordinarily, I have quite a few mantids in the garden. Last spring, I have even had one of the egg sacs hatch out and babies popped out and crawled by the hundreds across the deck. The little baby praying mantis is about the size of a large ant but it looks like its Momma. I think this is a new egg sac. Is it? 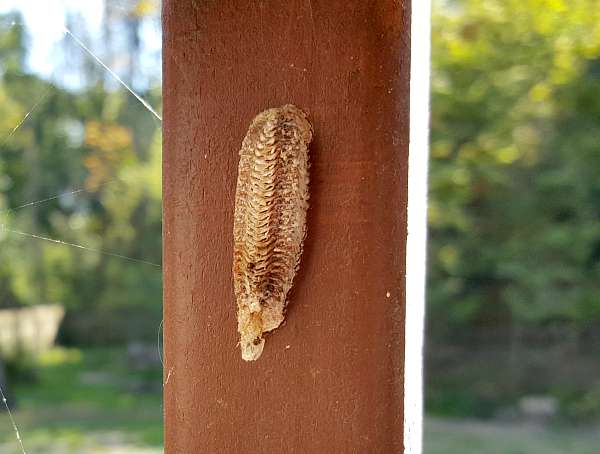 But we saw the praying mantis on the upper leaves and branches of the clematis and there was a light brown cricket ( I think ) crawling up those branches. We knew the mantis would see it soon, so we go get our cameras and start snapping. 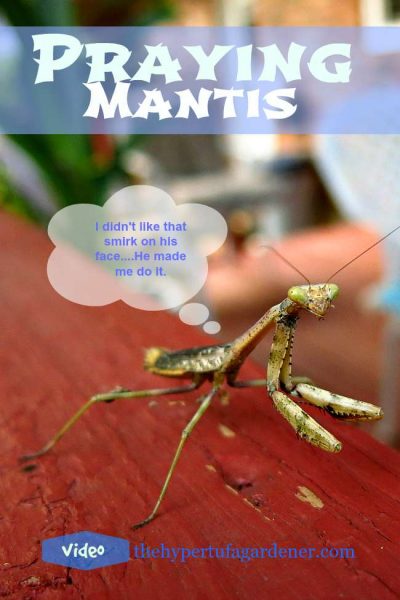 In the blink of an eye, she had him. Her long arms reached out and the cricket didn’t have a chance.

Apparently, the brains are the tastiest part.

Does she eat the male after mating?

Does a praying mantis eat her partner after mating?  Not always, according to some sources. It depends possibly on whether she is hungry or not.  Ref: http://insects.about.com/od/matingreproduction/f/praying-mantis-cannibalism.htm 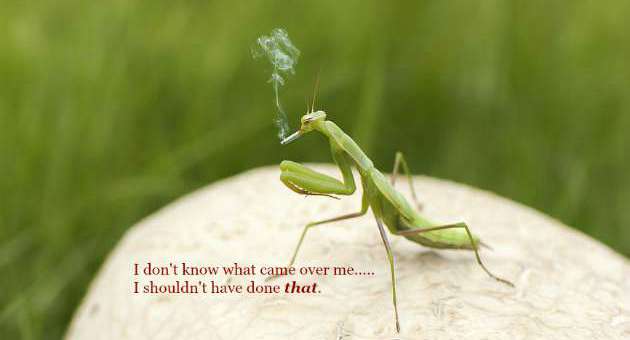 The praying mantis is one of the good bugs that we like in our garden since they eat some of the insects we don’t want there. But they do eat hummingbirds and sometimes small mice etc. So you have to take the good with the bad, as we have to in all things, right? Ref: http://www.iflscience.com/plants-and-animals/praying-mantises-can-catch-and-eat-hummingbirds

But you have to admit that the praying mantis is fascinating to look at with its ability to swivel its head and watch you. I even saw information while researching that some are kept as pets? Who knew?

Hey, Christmas is coming soon. Maybe you want to try and raise some?  http://kerryg.hubpages.com/hub/praying-mantis-care

This is an affiliate link. I would like to get one for my grandson, but I am afraid my daughter would kill me!