We moved into our home in 2000, and I remember walking through the house for the first time and seeing the pool sparkling in the sunshine! It was beautiful! The kids were excited and my husband was already picking out a floaty-chaise with a cup holder to relax with his beer.

Me….. meh!  I am not a pool person. I prefer a sandy beach by the ocean in Outer Banks or Virginia Beach. Perhaps if I were comfortable in a swimsuit, I would feel differently. But what I saw was a Money Pit, lots of upkeep work, liability ( sorry, I worked in home insurance sales), and tons of other things. 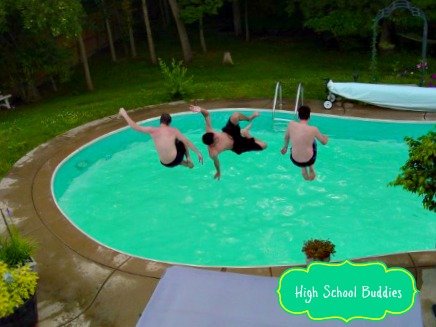 On the other hand, I loved the house.  Five bedrooms, three baths, basement ( we are living in tornado alley here). The home was built in 1982 and the rooms were large and spacious. Two bedrooms had walk-in closets. Fireplace in the dining room.

And it was on about an acre with large mature trees in the rear behind the pool, and the lawn area landscaped , but not so much that I couldn’t start with an almost clean slate. Perfect for gardening. I can accept the pool, I guess. 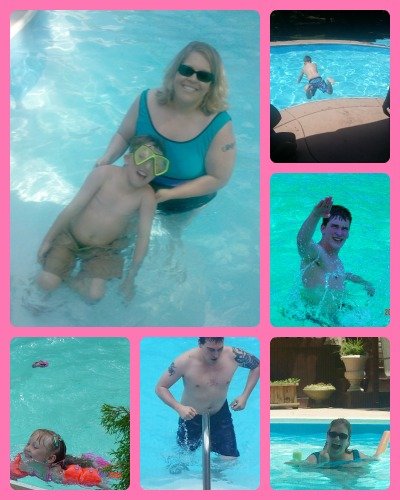 And let me tell you, you become very popular in the neighborhood and all parties and reunions and showers happen at your house, believe me. Most of the time, I loved that. 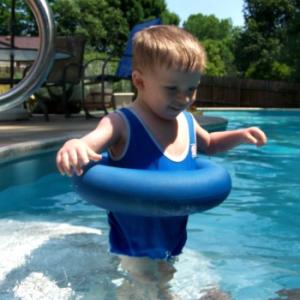 In the long run, I have really enjoyed the pool. It has been so pretty to see it outside in the spring sunlight…..mind you, after you have treated it with chemicals to keep the green out. It was at first, a heated pool, but since our house is fully electric, and the previous owners  had a large propane tank outside to heat the pool, we decided to get rid of that and just use a solar blanket. $$ Cha-ching!

So we purchased the solar blanket and struggled with that for a while. My husband wanted a Solar Cover Reel so that it would be easier to handle putting it on and off. $$ Cha-ching!

I think it was that first year or so that I began to feel that I should seriously start claiming that pool as a dependent!  It seems there was a leak that was happening down inside somewhere because the water level kept dropping. And how do you repair a leaking pool?

Maybe I was a little naive, but you could have knocked me over with a feather when we had to have a freaking diver come out and find it….and fix it! Who knew?

It was colder weather at the time, and here he comes in a scuba outfit!  I solemnly swear I am telling the truth. He fixed it and I don’t even recall the cost. $$$ Cha-ching!  ( I think I went to my Happy Place.)

Meanwhile over the winter when it gets colder and freezing here in Ohio, there was this huge tarp that went over the pool to protect it and keep leaves out. It was weighted on the sides but the tarp always got weighed down with snow and ice, trapping a foot or two of water, becoming a swamp by spring. Then you had to pull it off the pool, and inevitably , dump all that sludge and goo into the pool, which was a nice algae green shade by the time the water started to warm in the spring. 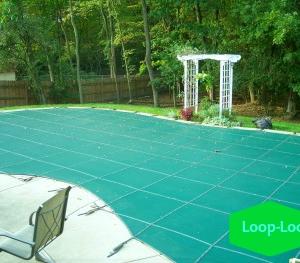 So the spring and summer begins with the pool cleanup, chemicals by the gallons ($$$ Cha-ching) until you got the correct reading and clear, clean water. It still amazes me that the water is kept year after year ( with refills as it evaporates). That green stuff turns to clean water, sparkling and beautiful by the miracle of modern chemistry! 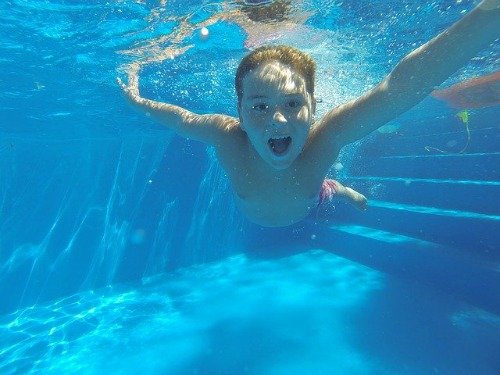 We would take the sample of water to the pool store, and they tell you put 2 gallons of this and 2 lbs of that . Say it with me, $$$ Cha-ching!

Here in Ohio, opening the pool in late May and mercifully closing it mid-September, you have four months of  expensive chemicals to purchase. And I am a bargain hunter, went to all the pool places, and Walmart and Sam’s Club and found the best deals. But even the best deal is expensive. Those pool owners who just go to XYZ pool store because it’s close are just wasting dollars. You can find a bargain if you hunt for it. 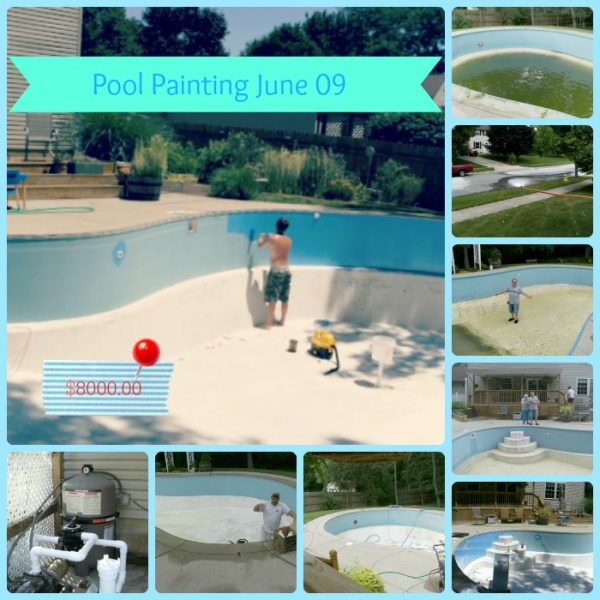 These were $500-$700 and we had the advantage that my husband could install it himself. It would have been probably twice that if we had to have it installed by the pool company. And in 2009 we had to have the pool painted. $$$ CHA-CHING!

The paint or coating on the cement sides erodes over time and the pool has to be drained, acid washed, and painted. $8000 This is when I thought ” We may eventually have to look into pool demolition.” All these expenses were in addition to the regular weekly chemical expenses. 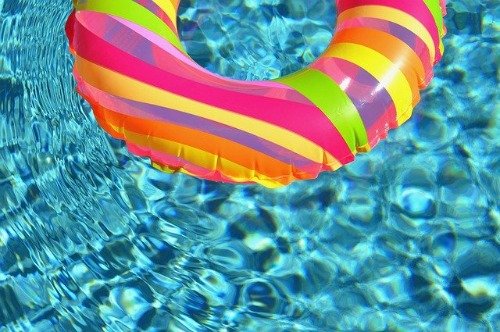 Pools are lots of physical work. You are constantly skimming off leaves, bugs, lizards, mice, snakes, twigs.  When remnants of Hurricane Ike swept through Ohio..sigh!

There were several years when we paid for the pool company to open and close, so $300 twice a year plus chemicals. My husband had some medical problems and surgeries and just wasn’t able to do it.

And that coping ( the white surrounding top of the pool) has to be hand cleaned each year, crawling on your hands and knees around the pool scrubbing it down with bleach. 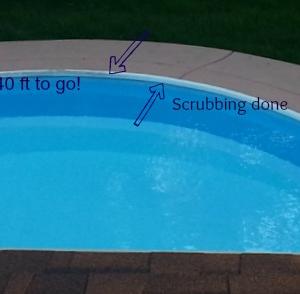 We made a decision to go ahead with pool demolition. It made sense with the kids grown and moved away to their own homes. We didn’t use the pool very much. There are more than 4-5 children under 6yrs old living next to or across from us. ( I could never forgive myself if….) 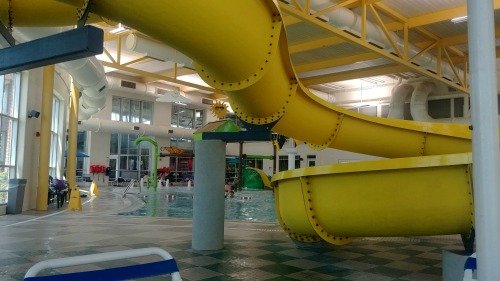 I often remarked to my husband and kids that we could pay $50 per day per person to swim at the local club and we would still be ahead monetarily. And no work!

So we decided to go ahead with pool demolition for the end of the season in September 2014. 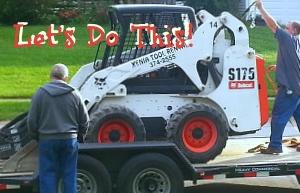