On my recent plant haul, I picked up quite a few succulent plants that I had never had before. One of these is the Haworthia attenuata. At least, that’s what I am identifying it as of right now. I have looked up a lot of photos and we all know that you cannot trust all of those because someone is identifying theirs to the best of their ability just as I am. But right now, I will go with Haworthia attenuata.

The Haworthia fasciata is one of the other contenders that I considered, but one of the websites that I trust, World of Succulents, says that the fasciata is more rare than the common attenuata and also has fatter leaves.  Another factor is that those little white warty things called tubercles which are randomly scattered on this plant don’t seem to be in any row formation and are all over the leaves. Supposedly in the fasciata, the inner leaves are smoother with less warty things. 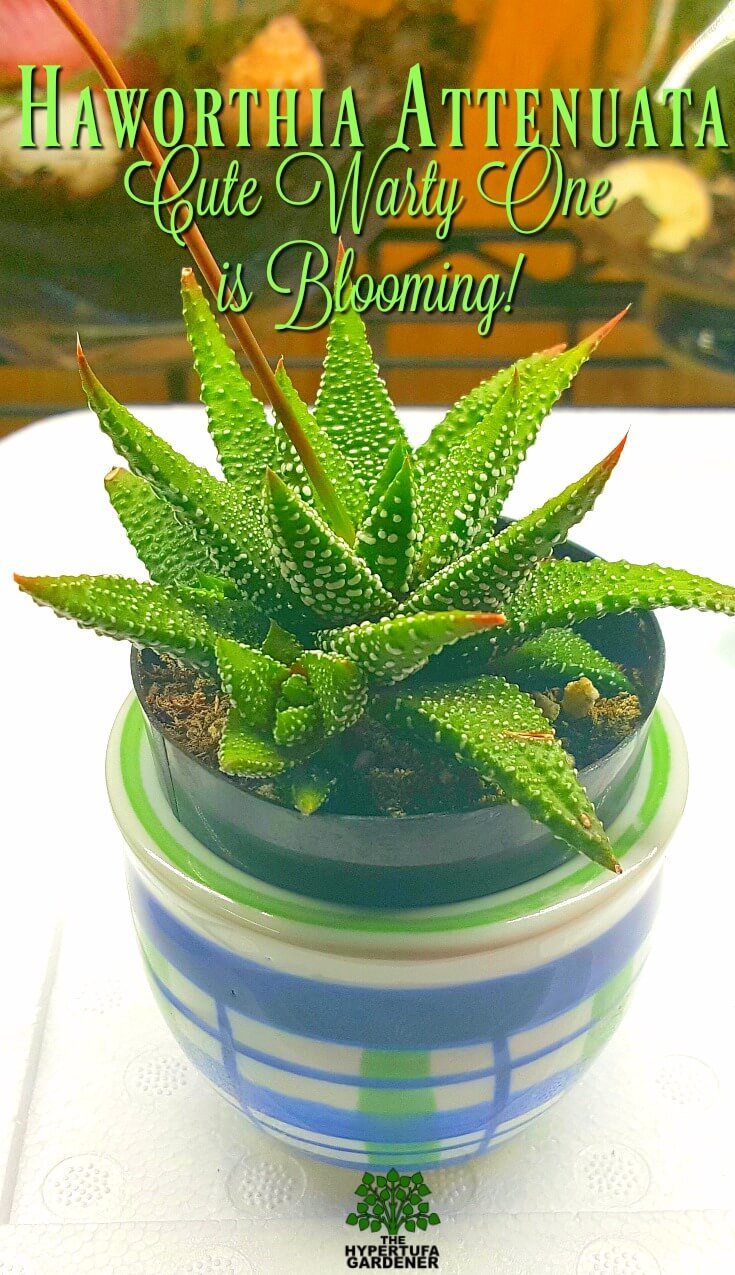 You know what these all remind me of? The white cotton fluff when I was experiencing my invasion of mealybugs. Would I even be able to see the mealybugs on this one? This is sure a great place to camouflage that invasion!

I have thoroughly looked this one over and I cannot find any evidence of bugs. Hopefully I am not overlooking anything, but it is best when you purchase a new plant to give it a long scrutiny before it joins your other plants. Maybe even a week in quarantine is needed. You will know by the evidence you see in the place you purchase it. BTW, if there is a lot of evidence at the store, just put it down and get out of there!

Another cultivar of Haworthia?

I have a second Haworthia that I purchased at the same time. It does have the warty bumps on it but they are arranged in stripes and patterns. Also this one is more upright and closed in its leaf arrangement. Does that mean it is a different type? Or does that just mean it’s thirsty?  I have watered it and it did loosen just slightly but stays in this upright curled position. Let me know if you know what this type is or if that is a sign of thirst. 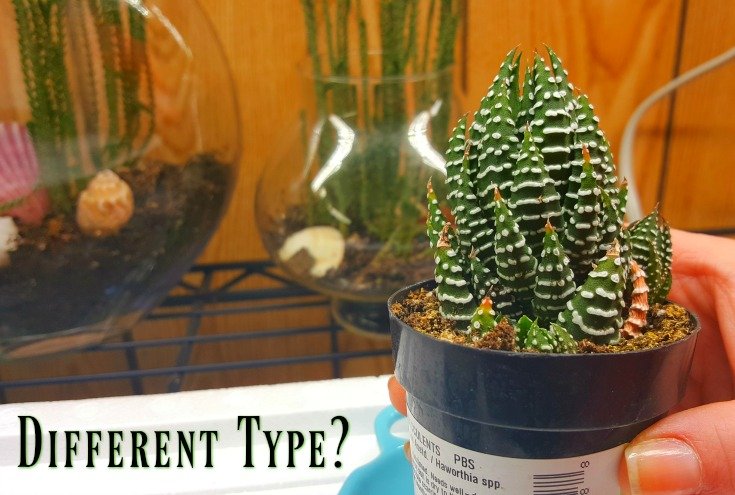 Here is a view straight down into the top. I think the inner leaf has less warts. Maybe this one is a “fasciata?” 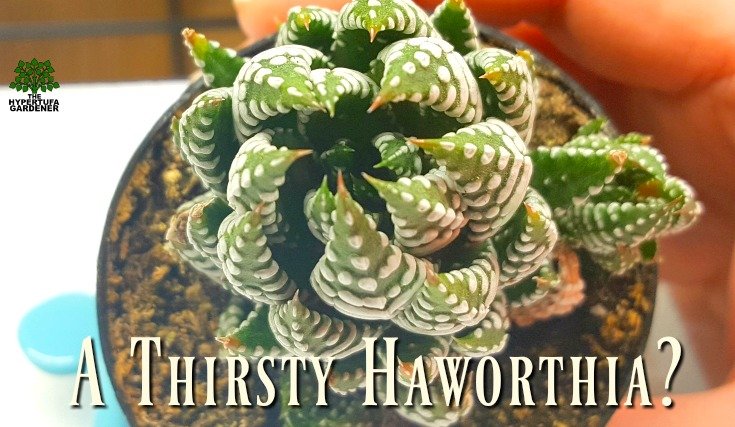 Like most succulents, these plants desire a lot of bright light, but can get sunburned if it is too much. The rosette form makes a great houseplant and when it is happy, it will produce pups or offsets around its base, much like a hen and chicks. These pups, once they have grown their own roots, can be carefully removed and planted to make more plants.

Water only when dry but don’t let it get too dry. ( That’s a hard one to figure out but once you work with the plant, it gets easier.) Just test that it is dry. Don’t be that Helicopter Plant Mom always hovering with a water pitcher. That would kill it for sure. 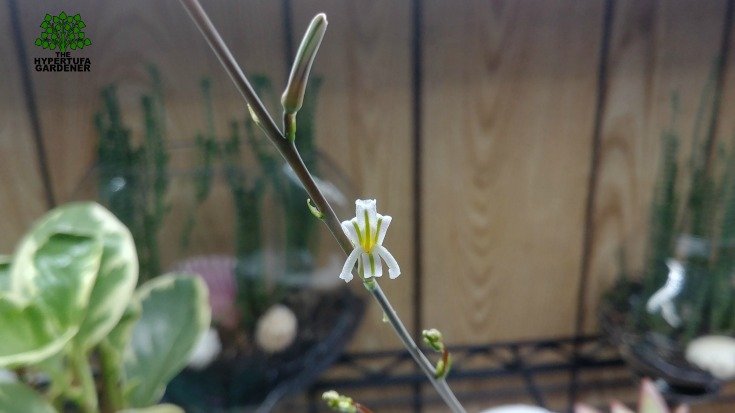 Give the plant a little room to grow and it will fill a planter with pups, just don’t put it in a big planter expecting it to fill it up. It likes tight quarters, so just up the pot by an inch or so around when you repot. When they bloom, a long tall stalk shoots up from the center. It is a tiny flower like an orchid with green stripes. Well, mine had green stripes.

I plan to pot mine into a small hypertufa pot which will be just around 4 inch diameter planter. That should last it several years. My Haworthia attenuata will grow under lights most of the time. I just don’t want to take it outside and then have to bring it indoors at the end of summer and fight bugs.