Earlier this spring, I got a bottle terrarium at a sale and planted it up with a heart fern. That has done so well, I am ready to take it a little farther and plant it up with some Club Moss, also known as Selaginella kraussiana.  Orignially I fell in love with this moss-like plant when I saw it at the plant store, but hesitated to get it since the pot was about $15. I am sorry, but you know I was raised as a penny-pincher by my Dad who was a great saver. Complaining as I grew up, I saw the wisdom in my later years when he always had money in the bank. So I try to be careful with mine too! 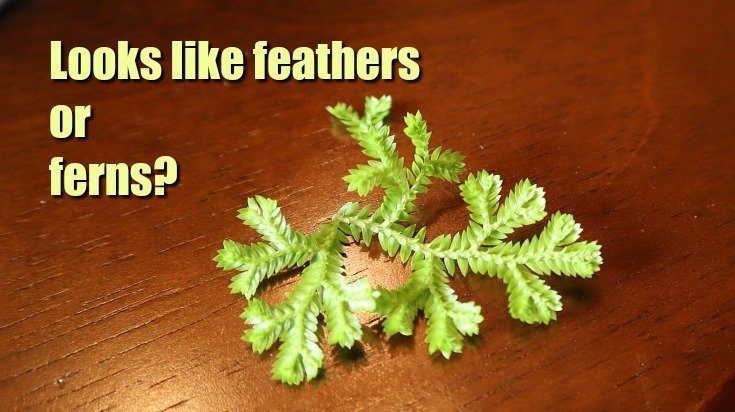 And you know how the story goes, when I considered and went back to get the plant…Yep, nowhere to be found. Now that plant has been in my mind all year, and when I ran across it again, it was COMING HOME WITH ME. Let me tell you about the plant.

Let me just say that they had me at “A Spreading Terrarium Plant.” Makes my heart skip a beat. Since I have that large bottle terrarium, plus an aquarium turned terrarium (and am always on the lookout for another), I was anxious to see what it could so for me as a sort of carpeting filler in the terrarium. The heart fern is doing well and putting out a lot of leaves. 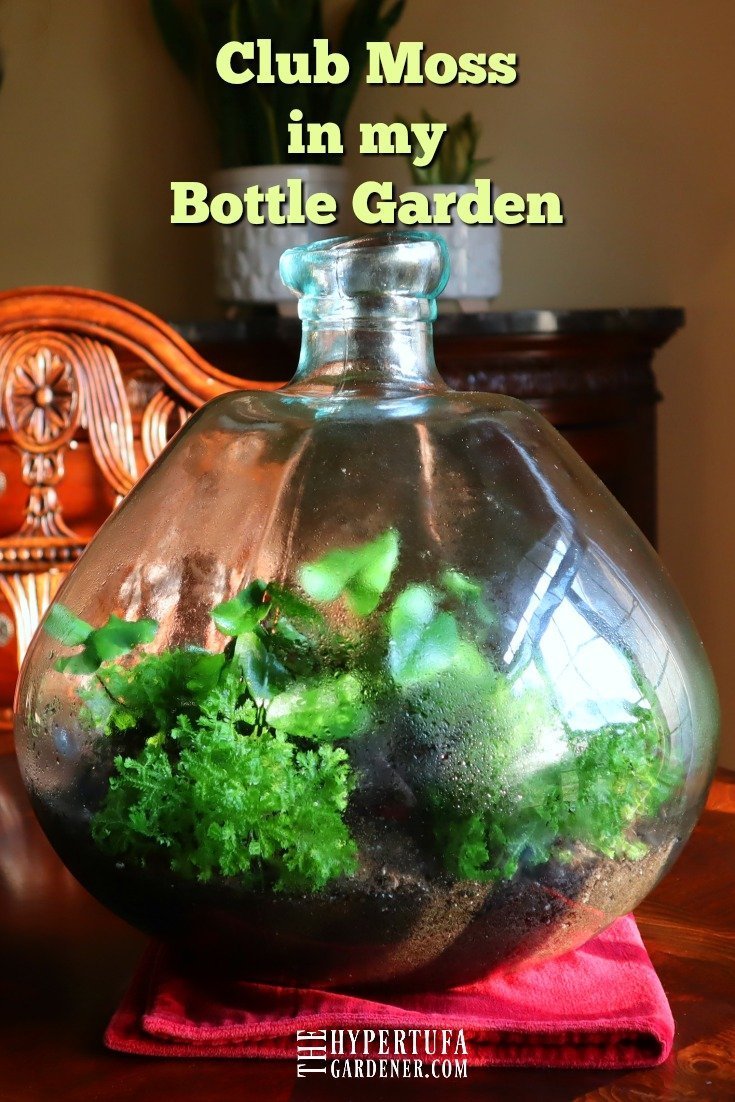 But I think it is lonely and wants a friend, don’t you think? Both of these plants seem compatible since they both like high humidity and moist conditions at all times. I really want to “green” it up a bit, so I think this will be a great success. Hopefully it will work. The heart fern has done well, sitting in the dining room near a west window. The only strong light comes in the late afternoon. 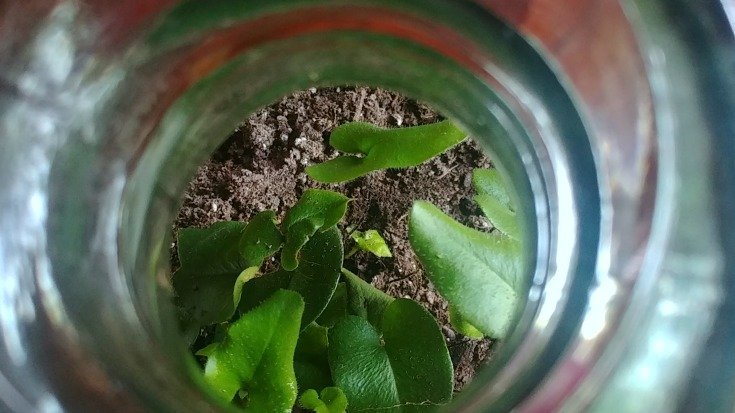 Here are the Statistics on her new friend – Club Moss 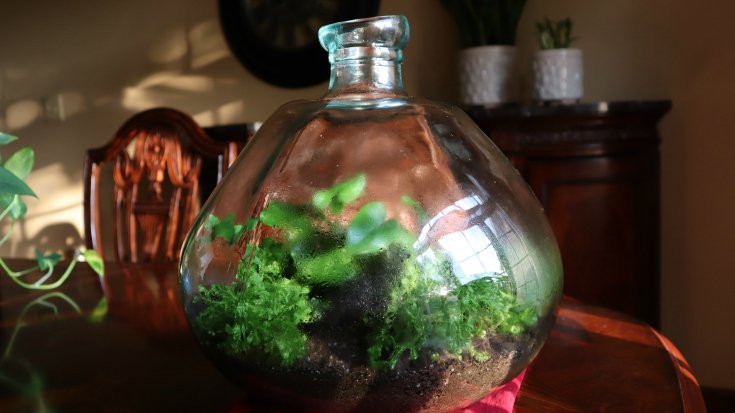 The container of Club Moss that I bought was a nice size container but it sure held a lot more club moss than I thought it did. It wasn’t until I pulled it all apart to try to get it into the bottle terrarium that I realized that pot was stuffed with club moss. I put a lot into the terrarium, but there was enough for a large clump in the Aquarium/Terrarium and a huge amount for a closed large jar plus a small cloche dish.

If this stuff is prolific, I could be drowning in Club Moss. Please don’t make her another Diva like that Fittonia. My nerves can’t take another Diva! This plant is not a true moss nor a fern. It is a lycophyte, a vascular plant which originated over 400 million years ago. See reference.

As you see in the video, I used some long tweezer/tongs that I picked up at a garage sale. They were Pampered Chef brand and I got them for 50 cents and they seemed to work really well. So much easier than the original tongs that used used previously.

My grandson filmed with me and operated the camera phone. He did really well and you can see us reflected in the jar a lot of the time. I don’t know how one can film into these bottles without having bad reflections all over. The circular bottle picked up everything. But it didn’t seem to detract from the subject so I hope you enjoy. Of course, Jacob has a spider in the Terrarium for me! That little devil! 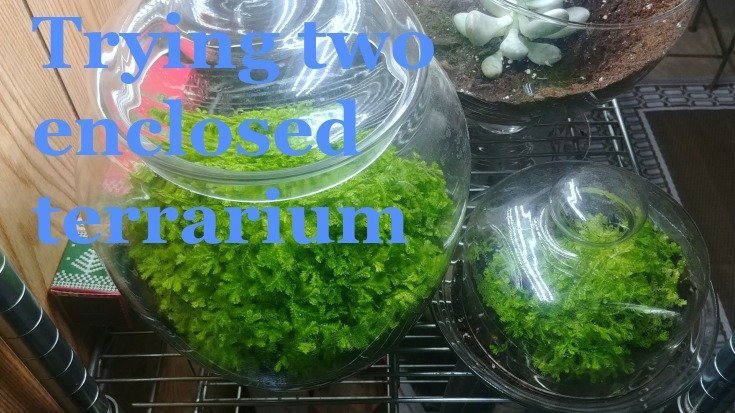 And of course, I had to put the Club Moss -Selaginella kraussiana  into the aquarium too! It looks great. Somewhere that I have put it, it will have to succeed. I am anxious to see how it turns out. I will let you know. Thanks for reading and be sure to watch the video.