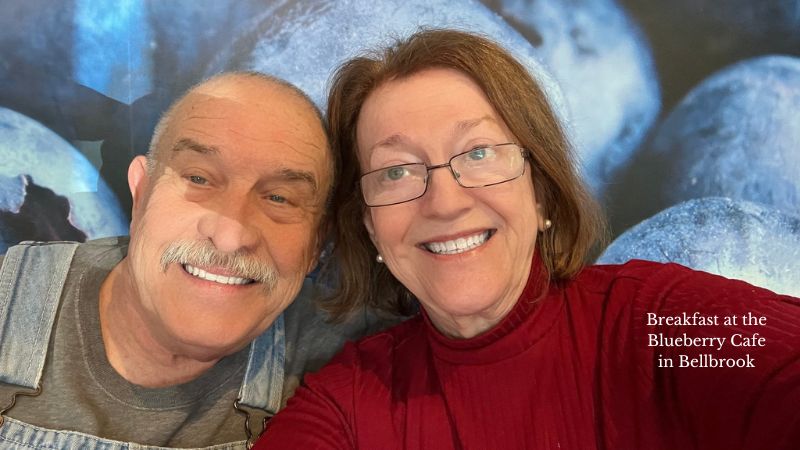 We actually moved into the house in August of 2021, so it took a while to “learn” the new home. But as of the close of this year, we have lived here for a full year, all of the seasons, and there have been some challenges.

It’s just my husband and I, both retired. We had previously lived with my daughter’s family in a large 6 bedroom home in North Dayton, But as a result of the divorce of my daughter, we sold that home and started looking for our own home.

Our selling time was during that big market bubble, and we were able to make a huge profit, even though we had just spent a fortune remodeling the kitchen.

But no one knows what the future holds, and as it turned out, that housing bubble was the best time for sellers!

Both my daughter and I started looking for homes, and after many failed attempts (under contract by the time the listing went live, multiple offers on your choices, etc) we both found our homes and got settled, dividing all the things we previously had together.

That was such an adventure, but by August we were in our place and by October, my daughter moved into hers. All our furniture was crammed together in my house and my son’s. Just some of the problems when one closes in July and the other in October.

Good news! The furnace worked for the full season. However the front door which was one of those double doors did not seal well, so we had air leaks throughout the cold time. In spring, we had to order a new door. (Cha-ching!)

If you recall, during those Pandemic times, there was a loooonnngggg wait for things. So we ordered the door in spring, hoping it would be there by fall.

The door finally came in and was installed in October 2022.

So How Did My Plants Do?

Meanwhile my hypertufa pots and other potted plants were just outside on the patio and side porch in sort of a holding pattern. I didn’t really know where I wanted anything!

I did allow the Elephant Ears to die at first frost, then brought them in and they spent the winter in the garage.

My daughter planted them at her house this spring and they were awesome! And see, we saved them again!

I brought other plants inside, re-potting them first with systemic insecticide, to prevent gnats. It was successful and I had a gnat free winter. This shows you the best solution!

Springtime Starts A Lot of Work

After the expense of painting inside and putting in new flooring ( there had been carpet in various colors throughout the house), our first job to tackle was a new cement driveway. Many phone calls, and estimates later, they started a demo in March.

That was the worst thing that we had to endure. Parking on the street for weeks, mud and sand and dirt, all my hypertufa planters scattered through the yard. It was an endurance test.

But new driveway, new patio and the new sidewalks were so worth it! And, after a full three weeks waiting for it to cure, we finally could drive on it.

And…plan where all my hypertufa planters would sit! And I moved a lot by myself and depended on my kids to move heavier items. ( Still re-arranging all the time though)

So my magnolia bloomed and very small patch of daffodils came up. My peonies survived with their little points sticking out of the ground.

But suddenly, our whole lives came to a halt. My husband woke up early one morning in April in the midst of a HEART ATTACK. And everything changed for both of us……

Part Two Next – How This Changed Things