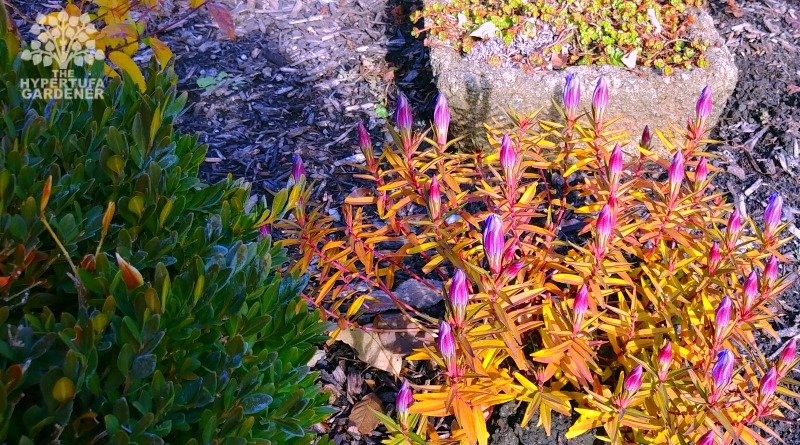 This past winter, we sold our house and moved to a new house. Since we put it up for sale at the “wrong” time in January, I was really past the time for digging up many of my plants that I wanted to keep and take to the new house. So what is a gardener to do when the house sells fairly quickly and you need to get out for the new owners? Will transplanting perennials at this time of year still work?

So I dug up plants in Ohio in February/March, in mostly frozen ground, the totally wrong time of year in Ohio for transplanting perennials.

So what did I get for my efforts?

I have my nicest big Hosta. I don’t know the name. I dug it when I could hardly find the tips coming up from the soil. But I just dug a huge circle around them and brought that big monster to the new house. Truly, it sat for a week or two in a cardboard box before I was able to dig it into the ground, but I am glad to say it survived nicely and has bloomed well this year at the new house.

Another plant that I most assuredly wanted to save was my Bottle Gentian. It dies to the ground just like the hosta does, so I dug in a circle around it too. It survived and it doing great! It is a closed flower and a native plant, so it is important to me to save it.

It is a strange plant to me because it blooms so late in the year in Ohio. It is blooming now in November in frosty and freezing weather. We have been in the 30F degrees many times and it just budded and continued on. In fact, the plant even looks healthier and better than in its previous location. So glad I brought it with me.

Another plant that I dug at a completely and totally wrong time of year was my Hellebore. It was in the middle of blooming and doing very well after so many years waiting for it to bloom, I could not help myself. I dug it up too. Well, color me happy, because it survived and continued to bloom here in the new garden  and the foliage has done really well this year in its new location.

She has appeared in some of my YouTube videos on my channel, Kim’s Gardens, and the foliage usually died out in spring pretty drastically, only leaving a few branches to survive the year. Over here, it has grown so much and put out new branches. So anxious for next February to see how well it will do. But it is alive and thriving and all my years of coddling it has not gone to waste for someone else.

After all, the new owner got my T-Rex Hypertufa Trough, and all the rest of my flowers and shrubs. Hold on just a moment, my eyes are getting a little misty. I miss my giant tufa so much. I hope they are being good to her!

Moral of the story? If you find it necessary to move a plant and it is not the recommended time to do it, Just Do It! Just like Nike products say, go ahead and just do it. My only caveat would be that you have to be willing to lose it if the worst should happen. I certainly don’t feel that these plants would always survive. Hey, I dug up blooming tiny daffodils and I won’t know til next spring if those have survived.

But don’t they say all of us gardeners live on faith? It’s the nature of gardening.