In a previous post and video, I planted some of my club moss into a small “terrarium” but I am really using that term loosely. That particular fern-like plant is a humidity-loving plant and I wanted it in an enclosed container. I think it is time for transplanting my club moss.

I think I confessed at the time that the container I had planted it in was just a bowl and a dome for a cheese platter, didn’t I?

But this Club Moss is creeping out the sides and trying to spread. It has done really well and I sure don’t want to keep it from growing. The larger jar I had put some of its “sisters” in is growing well as is the Bottle Garden. 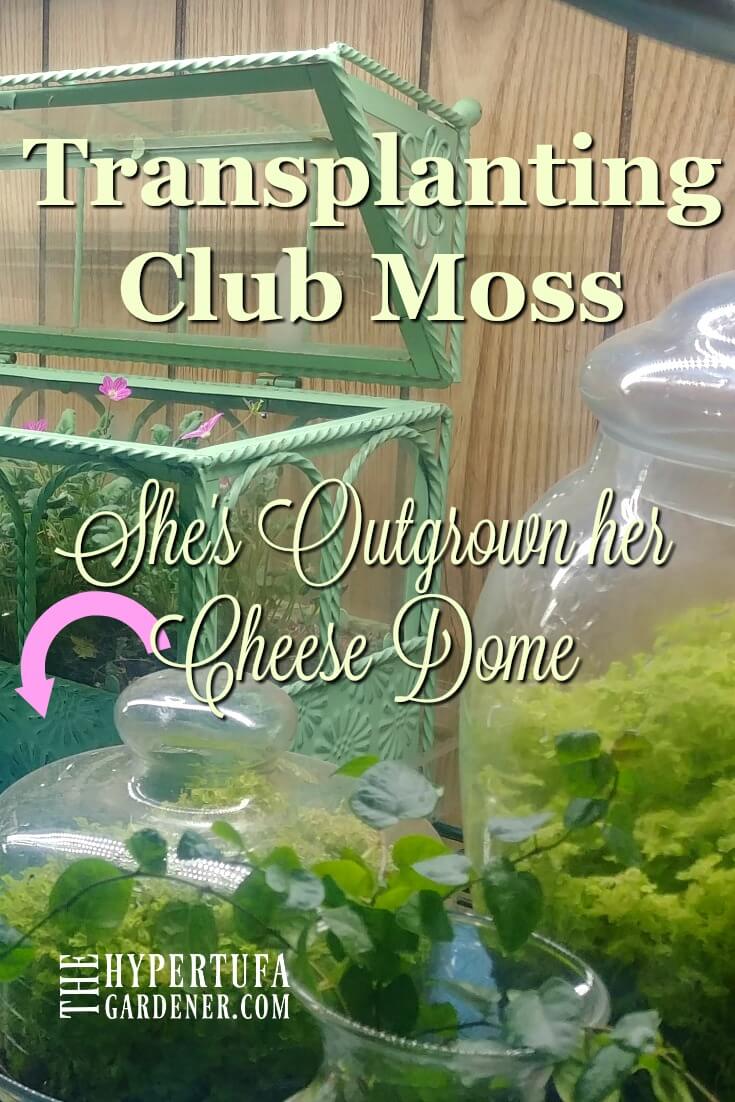 So why not just continue into another terrarium bottle?

I took it as a sign that I should go ahead and enlarge its planter when I ran across another large terrarium bottle at a Goodwill store. For $6.99, I could enlarge her apartment into a mega-bottle and give her so much more room.

This large jar is made of heavy glass and has a lid too.  So she can be an enclosed terrarium in this one. There were only markings that said “Made in Italy” on the bottom of this jar, so hopefully it will make a good terrarium. 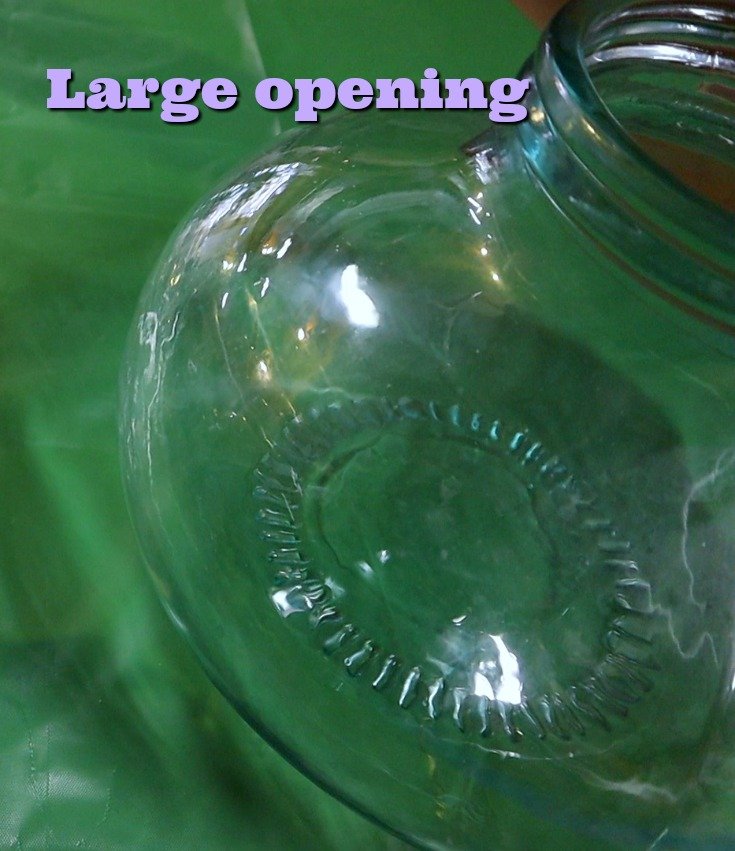 This one has a large opening so it will be much easier to plant than the bottle garden. Quite a challenge that one was. But I am game for another if I should find one.

I put a mix of good draining soil plus crush granite and extra perlite. I added some charcoal to keep the soil sweet and of course, some Bonide Systemic too. Who knows if this soil is contaminated and I am not going to grow a whole jar of gnats! 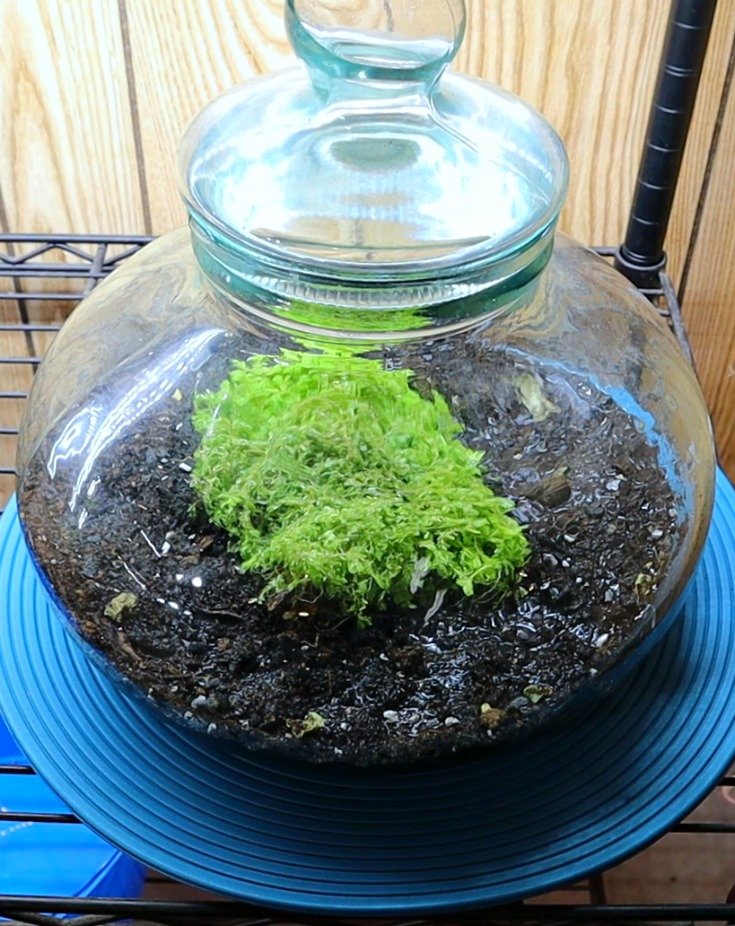 Didn’t it turn out well?  I hope she will now feel comfortable in her new “apartment” and spread out well. This plant is the Selaginella krasussiana Golden Club Moss aurea.

I saw some “Silver Frost” the other day and I resisted temptation. But I think I resisted long enough. I should go get it, right?