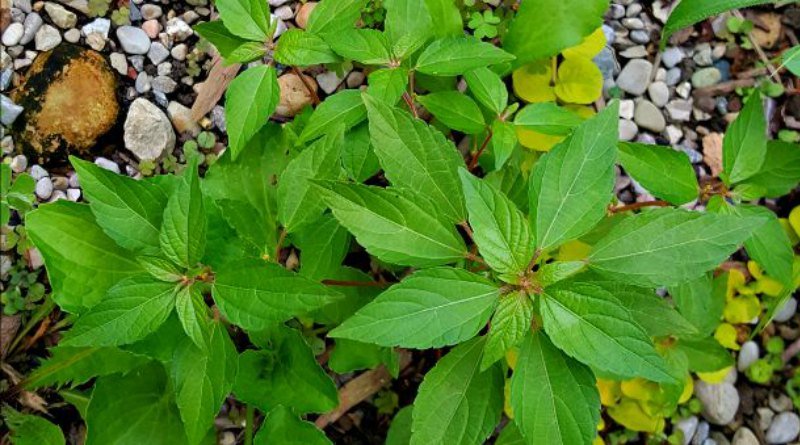 This time during summer it is really depressing.

My weeds make my  garden look hopeless….partly due to the fast growing weeds, and partly to my summer   busy time is kicking in………..really bad.  I must confess, when it is coming near to Sept 15 when I have to worry about frost, I get busy and neglect the garden. And you all know what happens.

A few days not going out and weeding…..OK, a week or two…..my garden is over-run with the creepers in the ground covering the gravel, and tall flowering weeds ready to burst with all their seeds.  Where’s my vinegar bottle?

Today we will deal with just three of them. I will have to save some for later.

Stinging nettle is the name given to common nettle, garden nettle, and hybrids of these plants. Originally from Northern Europe and Asia, this plant is all over the world today.

It gets its name from the tiny hairs growing on the stem and underside of the leaves. These are soft, so you don’t get the sting from them pricking your skin. Its the chemicals that are released when you brush against them which causes a reaction in your skin producing redness, swelling and irritation.

Itchy. Let’s just call it what it is. I think it is similar to poison ivy.

[su_note text_color=”#211d09″ radius=”15″] Old superstition: If you pull up a stinging nettle by the roots and call out a sick person’s name, it will drive out the sick one’s fever. [/su_note]

The flowers are small greenish-white clusters on a spike formed at the leaf axils. You can see them in the photo above.

So Many Stinging Nettles Hiding!

The stinging nettle likes a lot of company, so they grow in colonies. Where you find one, there will be many more, so it is important to get them pulled before they mature and spread the seed. They are easy to pull out buy just gripping the stem near the bottom, with gloves on…..and maybe long sleeves might be a good idea if the plant is large.

Give me an orange and some spinach. I just can’t eat my weeds.

This weed is  similar to stinging nettle that they are mistaken for each other. But clearweed has no stinging hairs.  It grows in a similar fashion but has a soft-ish stem which pulls out of the soil so easily that I should not have the hundreds of plants that I have in the garden.

I have no excuse. Did I lie when I said I get busy?

This is not an edible plant as far as I know, but I guess that is based on what you like. I think rhubarb is nasty, and you may love it. To each his own, I guess.

Clearweed has very shallow roots so it is easy to pull up. Here I’ve pulled one up so you can see its roots. Notice how translucent the stems are. That is why it is called clearweed, I guess. Makes sense to me.

And it loves to hide behind and under other larger plants, so it is a real struggle to get to it, even though it is easy to pull when you do reach it. See it along the fence around and behind my huge Baptisia I have pulled forward?

Common pokeweed is native to the eastern half of the U.S. And I understand it is edible to some who can prepare and cook according to specific directions so you don’t POISON yourself.  The FDA puts this under the classification of “undefined safety.” So, you guessed it…..

I am not going to eat it.

Pokeweed can grow to nine feet tall and has a large taproot which looks like a big carrot. It has huge leaves when it is mature and the berries are produced on a long racemes as you see in this picture. These berries are not ripe, but will turn a deep dark purple as they ripen.

I have this growing around my hydrangea bush next to the driveway. It blended in really well with the leaves of the hydrangea which made me not even notice it until the berries were beginning to form. I decided to let it grow so that I could photograph it. Now it can go!

The little berries look like green tomatoes to me. But they are really small, maybe the size of a large pea. And notice the little indentations on the berry, as if someone had “poked” them with a stick. Is that why it is called Pokeweed?

A lot of birds and other animals eat the berries as one of their food sources and have no adverse reactions to the poison. These creatures disperse the seeds by excreting them and that is the main means of distributing these plants.

Species who depend on the berries are robins, mourning dove, cardinal, bluebird, phoebes, along with red foxes, opossum,  raccoons, and mice.

Pokeweed is one of the host plants of the giant leopard moth whose caterpillar is the “Wooly Bear” kind that predicts our winters.

So I guess these plants are a good one to have in an isolated area where children or pets cannot get to them.

Unless you want to make up a batch to eat. But that would only be when they are very young and under 8 inches high. That is supposedly when they are at their best.

I will leave you to test that out. Not me.

In the south, it was canned and sold in stores until about 2000 and in Europe it is sold in gourmet shops. It is raised as a crop in Europe according to The Wild Vegetarian Cookbook.  https://www.wildmanstevebrill.com