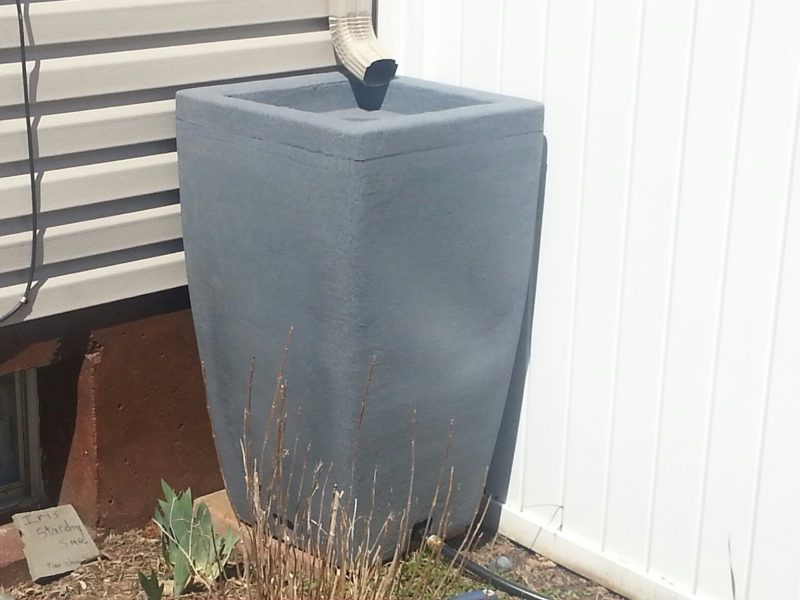 Maybe you have read the previous post about making a Rain Barrel with a hypertufa mixture? Well, I certainly had high expectations, but……EPIC FAIL. How many of you saw that coming?  I have given up on that Idea.

You may remember I tried the draping method to make a small planter, and that turned out really nice. In fact, I will shortly be ready to plant that one. 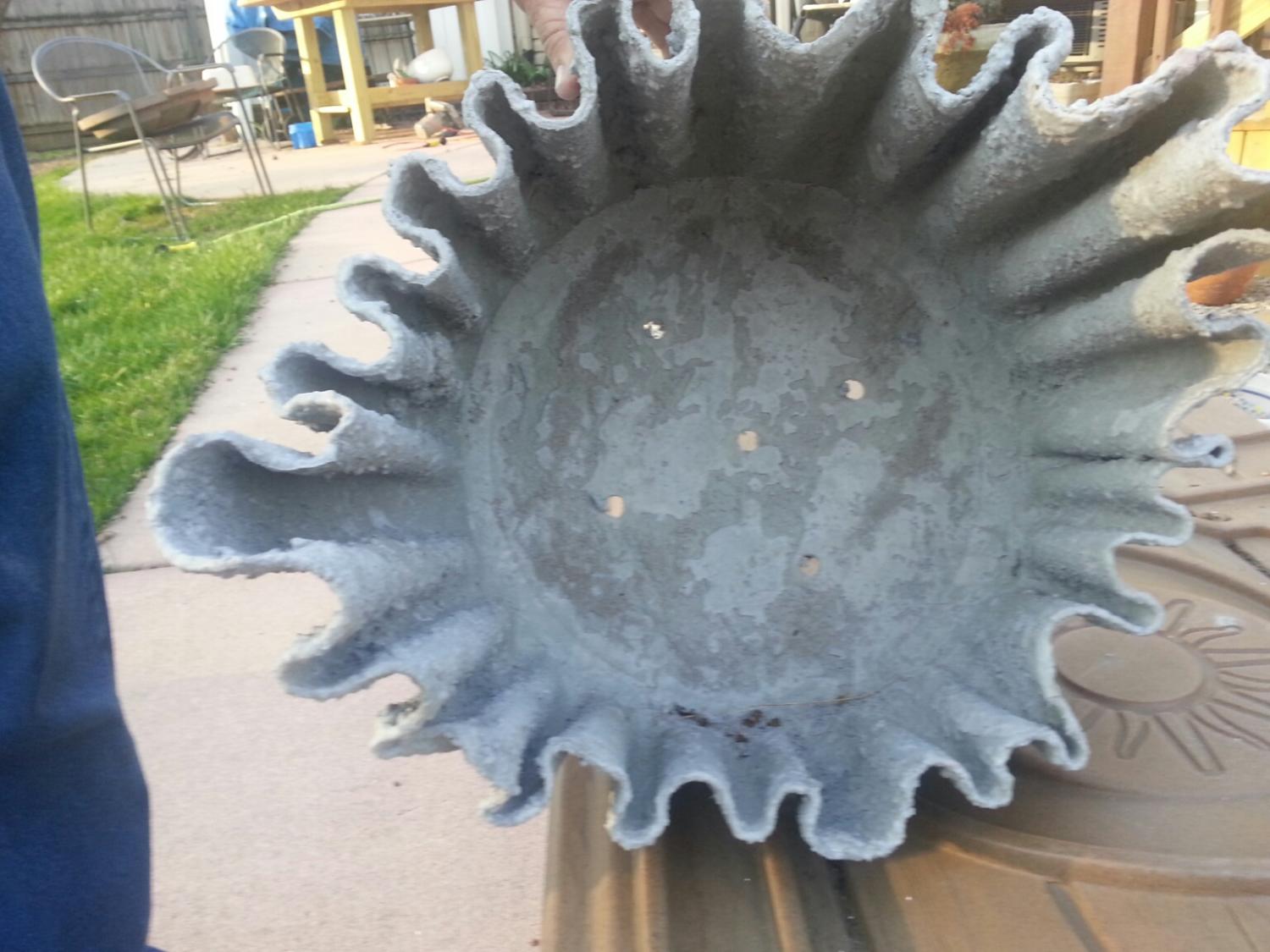 But the Rain Barrel………..Oh my!…..wonderful and innovative idea or a disaster in the making?

Following my idea for this layered structure, I tried coat after coat of the mixture, brushing/troweling on a mixture of hypertufa , but using a proportionately large amount of Portland cement. I would  make  a huge amount in a tub and brush this on, coat after coat after coat, about every third day. I had to wait  24 to 36 hours for it to dry between coats, and it seemed at first that it was setting up very strong and hard and would work!

Advice was given to me to use reinforcement such as rebar etc. I told myself I didn’t want  it to turn out so immovable and heavy that I couldn’t get it over to the side yard under the downspout. But for something of this size, in hindsight I can see that would be the only way it could work. My husband tried to talk me out of it, but I was determined.

Meanwhile, after I had applied enough cement mixture , and it still wouldn’t support its own weight, I decided to throw in the towel! I was so tired of trying to lift, roll, and support this huge and cumbersome idea. I wanted a rain barrel which didn’t have to be moved in the winter to keep it from freezing, but after reviewing the instructions on those I longingly looked at in Menards, Lowes, Home Depot and Sam’s Club ( I really liked the Sam’s Club one but I think there was a conspiracy to never be in stock when I was ready to buy), I came to the conclusion that I could leave it in place in winter if I was sure to drain it of the water accumulated. Eureka! Dump this albatross!

I am sure I told Jerry it wouldn’t work in the first place, as I recall.

So any advice for me? Let me know in your comments. And visit my Facebook Page.