Somehow I think I have a curse upon this house and its forest. The latest to leave and head for the lumber mill was my Black Walnut Tree. We have lost thirteen of our old ash trees to the Emerald Ash Borer. This summer, we took down part of an old maple that was leaning in too close to the house.

As for my Black Walnut, I sure hated to see it go. We never used the walnuts, but all the critters did. We had little walnut trees sprouting all over where the squirrels buried them – in the garden and in containers. Sometimes you could pull them up and the whole walnut was still attached. 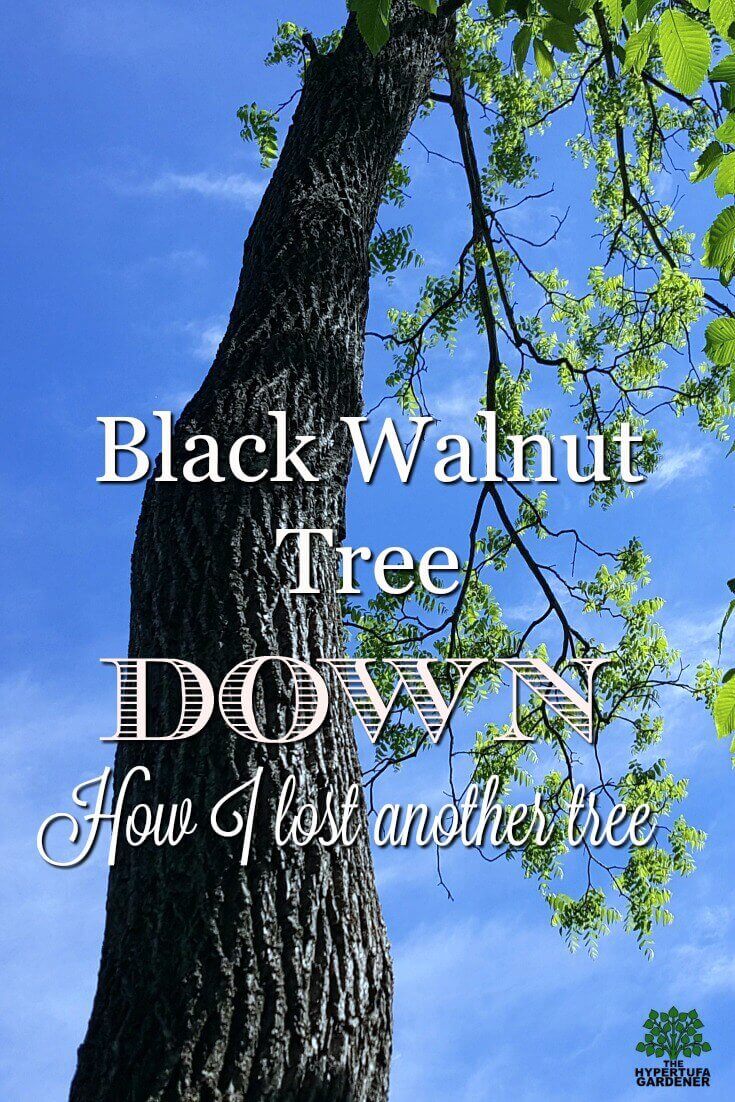 But I don’t have a Black Walnut tree anymore. A storm took it away from me.

And then my poor little Garden Shed became the target. After all the work I have done in my little She Shed.  At least the house didn’t get smashed. And if the tree had been any longer or the angle of the fall had been just a few degrees farther, it would have been my house.

Where was I? In the dining room looking out the window like Wile E.Coyote watching the shadow fall across my face. I kid you not! In the video, you will hear me “daintily”  scamper away and hear the THUD of the tree.

I worry a lot. My husband is a little reckless and it makes me so nervous when he gets out and tries things like this at his age. We are both growing older and I think he sometimes forgets that he is not able to do some things he used to do without even thinking.

So when I get out there, I am yelling ” Be careful!”  ” Jerry, don’t do that!” he gets upset at me and we get into an argument.  I have to restrain myself because once I mention that he shouldn’t do THAT, then he will for sure do it if it kills him. Are all men like that?

Black Walnut Toxicity – Do I need to Worry?

I know that the Black Walnut tree produces a toxin called juglone which is in all parts of the walnut tree but especially in the roots and the buds and nut hulls.  We have not had a problem with the tree in the back end of the yard. There are other trees growing near it..ash, elm and maple.

But I am a little worried about the “pieces” left behind of the fallen tree. Leaves, bark, twigs, small branches and probably tiny buds etc are scattered like confetti through my garden. I have been picking them up as I see them, but I know there is a lot hidden. Will that Black Walnut confetti kill some of my plants? Ref: GardensAlive http://www.gardensalive.com/product/black-walnuts-no-worries/you_bet_your_garden 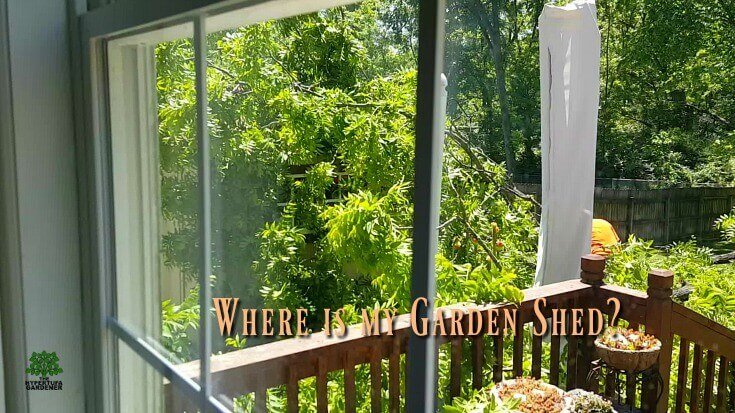 I have a tomato plant growing at the edge of the deck. It was full and vigorous but was smashed and broken by the tree. I have never been able to grow vegetables, so maybe I can blame the failure of that tomato on the Black Walnut crumbles? Eh?

I hope you will take a look at the short video I made. I had grabbed my cell phone when some of the storm was going on. It is not really the best video but it was what I had.  My neighbors took the video of the actual fall of the tree. In case you wondered, they are far enough away they didn’t have to worry about it reaching them.

We will still have to worry about more trees coming down. There are still a lot of ash trees back in the woods but the woods are township property and are not under our control. If they fall, we just hope they don’t fall in our direction…such as on the fence or barn.  It would fall upon us to take care of that too!

This post is a little off topic for me. But life’s adventures come when you least expect it, right?