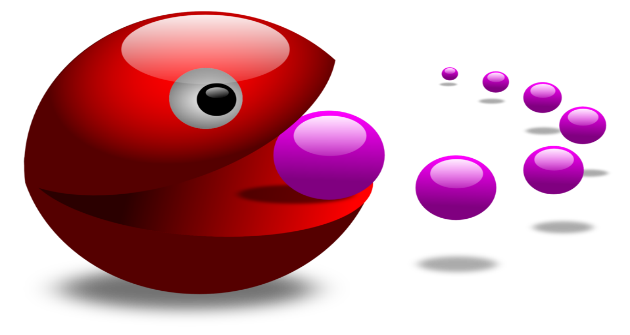 This 10 year old is addicted to video games.

I can put the blame on genetics because his Mom and Dad are both gamers. And his Uncle TJ and Uncle AJ are also pretty obsessive too! And Papaw? He usually wears out a couple of keyboards and controllers a year. You can’t get the man out of the house!

If I beg and plead and tell him that Jacob cannot find his bike because he parked it in the yard and the grass is so high he can’t find it, then he will rev up the Toro and race around getting it done. Then back to his game. Yes, Papaw is out of control.  Is this Family Life?

So Jacob learned early to love those games and play them pretty well. Over the years, he has had  Nintendo, Play Station, Wii  and then WiiU. Game Boy. I can’t remember them all. I think those are all different because I am just not into those things. Jacob  plays on the TV screen, the iPhone, any of those game boxes. There has been so many, I can’t keep up with the names.

I know that a couple years ago  at Christmas, he got Infinity characters. If I understand correctly, these little characters sit up on this spot and then you play the game as that character.

In case you can’t tell, I am not into these games at all!  I can remember when  Papaw, first got into these games there was a weird screen and you played sort of a “tennis” game slowly on the screen. I think that one was called Pong or Bong. I thought “What a boring waste of time!”  But the guys all hung and played that for hours.  I tried it myself, once or twice, and I couldn’t even get the hang of moving the paddle thingy up to hit the ball. No, electronic games were not my talent!

My daughter and son both grew up with the sounds of Donkey Kong, Mario Brothers, PacMan, Zelda…..it is hard to remember the old ones. But each time new ones came out, of course, he had to get those too. But when a new system comes, you have to buy the new system and again, your old games don’t work in the new system.

Yeah, thanks, you electronic game marketers really know your stuff.

But fast forward to Jacob, my grandson, he cut his teeth chewing on a Nintendo controller. Just kidding. But it’s in his blood. I know he has learned some reading from these games. And he can remember the full route of any character and get him back to the exact place he was yesterday…….but he can’t remember where he put his shoes!

I tell myself the he is learning hand-eye co-ordination, and manipulating things on a screen. Just in case he wants to be a surgeon when he grows up. A lot of surgeries are done via laparoscopy , using robotic arms that you manipulate watching the screen. Eh, he’s a shoo-in for a career as a surgeon!

Well, a Nana can dream, can’t she?  We do like those games he plays on the internet where he runs a Donut shop, or a Burger and Hot Dog Cart, or Pizza cart?  Those are to practice math he says…Okay.

How do you feel about kids and video games? Do you allow them?